is a serious infectious disease caused by the variola virus. Variola virus is contagious. spread from one person to another People with smallpox develop a fever and an invasive skin rash. Most people with smallpox recover, but about 3 out of 10 people with the disease die. Many smallpox survivors have permanent scars on various parts of their bodies, especially their faces. and some are blind

symptom
The incubation period is 7 to 19 days, which is not invasive. Usually asymptomatic, early 2 to 4 days, high fever, headache and sometimes aches and pains, vomiting. On day 4, a rash begins, starting from small red spots on the tongue and in the mouth. These spots will rupture and spread large amounts of the virus into the mouth and throat. The patient continues to have a fever when the mouth sores begin to dissolve. will develop a rash on the skin It begins on the face and spreads to the arms and legs. and then to the hands and feet It usually spreads to all parts of the body within 24 hours when the rash appears. The fever began to decrease. and the person may begin to feel better. On the fourth day, the skin lesions are filled with thick blisters. and often has a dent in the middle The blisters become pustules after about 5 days. The blisters begin to scab. within the second week after the rash appears Most of the lesions are scabbed. The flakes begin to fall off. Leaves a mark on the skin three weeks after the rash appears. Most of the scabs come off in about 6 days.

smallpox vaccine
The vaccine for smallpox is called Vaccinia Virus Vaccine. Vaccine is made from the Vaccinia virus, similar to the Smallpox virus, but is less virulent. It affects the protection of 3 cases as follows:
- Get vaccinated before getting the virus can prevent disease
- Get vaccinated within 3 days of receiving the virus. Vaccines can help prevent chickenpox. But if there is a disease, the symptoms are not as severe as those who have not been vaccinated.
-Get vaccinated after 4-7 days of exposure to the virus. There is a chance of getting chickenpox. But the symptoms are milder than those who have not been vaccinated before.

smallpox medication
Cidofovir is an antiviral drug used to treat viral infections in people with HIVs. It also inhibits smallpox in vitro, but has a downside: nephrotoxicity in humans. 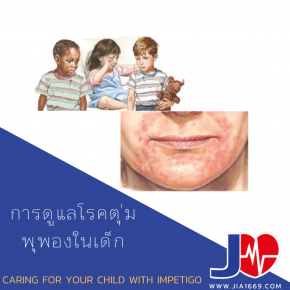 CARING FOR YOUR CHILD WITH IMPETIGO 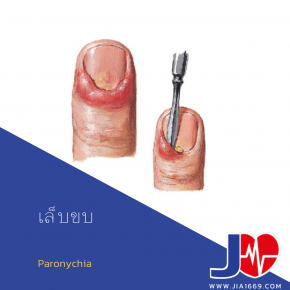