is a condition in which the heart's electrical current increases abnormally abnormally fast heartbeat It is more common in people aged 20 years. and is the cause of tachycardia in children and infants.

cause
Found at birth Overcurrent in the aorta, or the upper chambers of the heart and the ventricles of the heart. As a result, the heart beats faster than normal, known as SVT.

diagnosis
If the doctor suspects WPW syndrome, treatment history The doctor uses an electrocardiogram (ECG) to have a pattern showing abnormal delta waves. The test works best while symptoms are present. Your doctor may also need other tests, such as a Holter monitor, a 24-hour ECG test, an exercise stress test, and electrophysiology may do together
treatment

Mild symptoms do not need treatment. Some people slow their heart rhythm by doing vagal maneuvers, such as coughing, placing ice on their faces. The more you need to treat if you have fainting, lightheadedness, chest tightness, a very fast heartbeat. May be fatal. Medication Use antiarrhythmic drugs. and recommends radiofrequency catheter ablation, intravenous catheter insertion, and other treatments such as cardioversion and surgery. Used when other treatments have failed.

Tell your doctor if your heart beats abnormally fast.

should go to the doctor's appointment.

Do not stop taking the medication or change your dose without your doctor's permission. 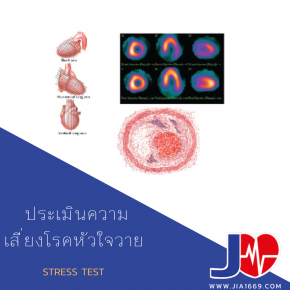